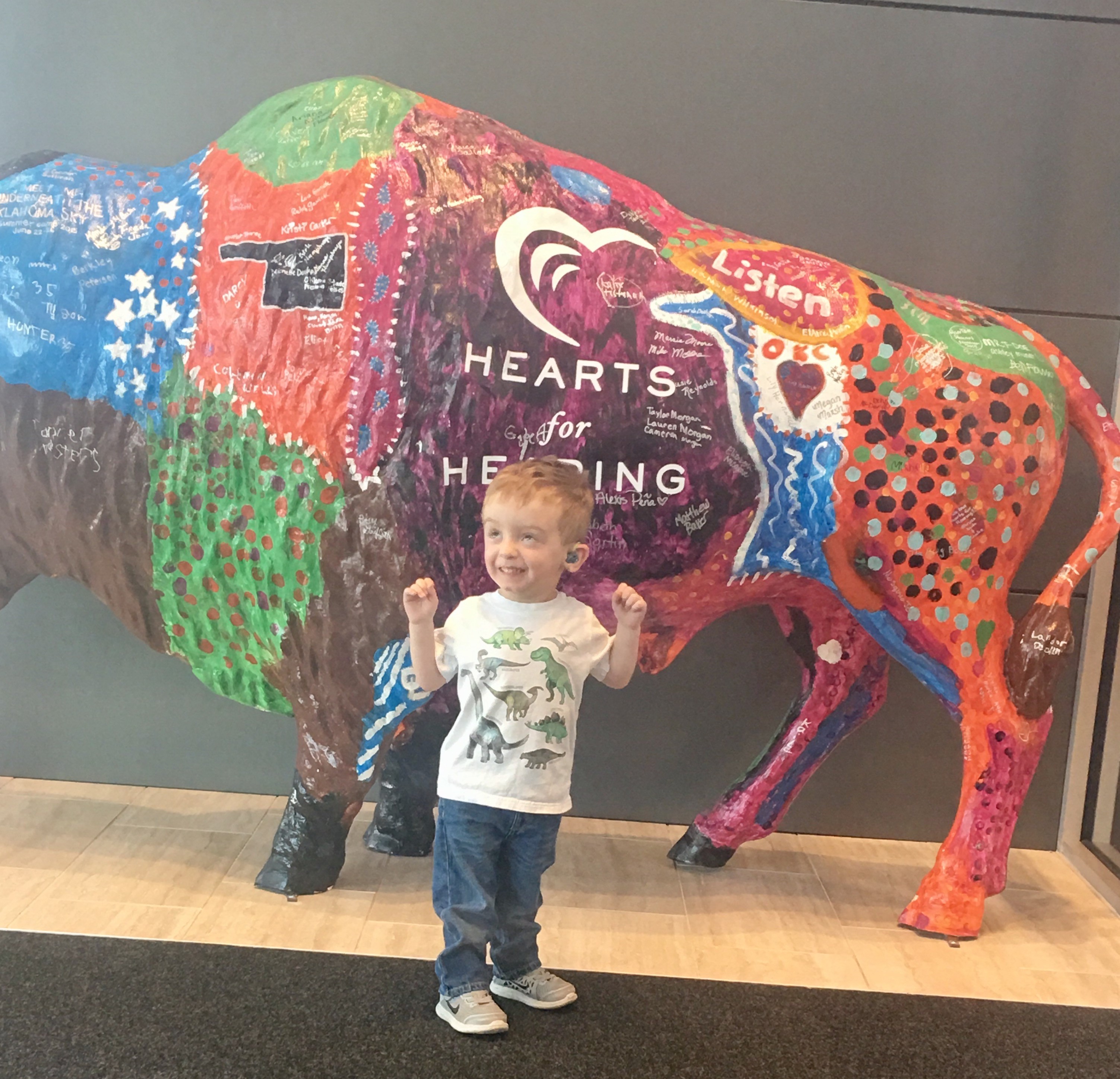 “We’ve always referred to Zane as our “miracle baby.” He was born extremely premature; weighing only 1 pound and 5 ounces at birth! After what felt like forever, actually about 3 months, we got to take him home. It’s been an adventure ever since! Zane had OT and PT every week for his first year getting him to catch up developmentally. Since he was so small we did weekly then bi-weekly weight checks. He was around 18 months old when I mentioned he was very vocal; but we couldn’t really make out what he was trying to say.

We were sent to another clinic where we were told he failed both hearing tests. That clinic sent us to Hearts for Hearing. We did several booth sessions but quickly figured out Zane was totally uninterested! Once we did the ABR test we found out he has moderate sensorineural hearing loss in his left ear. Zane got to pick out his hearing aid! Being our bright and social boy, it was no surprise when he picked bright blue! He was fitted with his new ear September 30, 2016. Once Zane realized he could hear with his hearing aid, he never wanted to take it off! We were worried how we would adjust to having a child with hearing loss; but he is no different than any other active little boy!

When we started coming to speech therapy Zane was classified as non-verbal and now he is talking our heads off! Zane loves to read and to sing. I read to him every day in the NICU and now we read at least 3 books a day. Anytime we’re in the car we both sing as many Disney songs as we can! We also have frequent dance parties in our house! Zane has never met a stranger and loves to tell everyone “Hi!” He loves coming to school with all his friends and teachers. He loves centers and music; but loses patience quickly with crafts. With a little help he’s getting better at sitting for the parts that aren’t much fun.

We are so proud of everything Zane has overcome in his life and are so excited to see what all he is going to accomplish. It makes us so happy when we can pull into the parking lot and Zane gets so excited to see his friends and everyone who works here. We are so blessed to be a part of the Hearts for Hearing family!”