Headphone Safety 101: Tips to Save Your Hearing 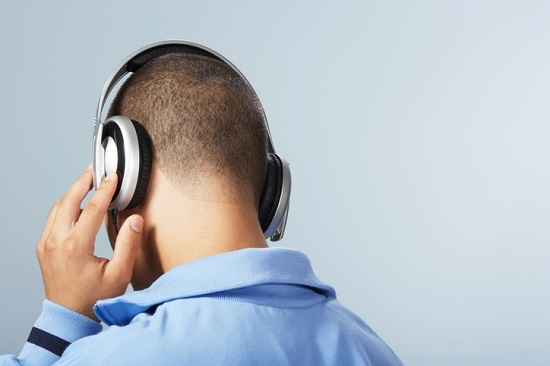 It should come as no real surprise then that this has captured the notice of the World Health Organization, who in answer issued a report notifying us that 1.1 billion teens and young adults worldwide are at risk for hearing loss from unsafe listening habits.

Those dangerous practices include participating in noisy sporting events and concerts without earplugs, along with the unsafe use of earphones.

But it’s the use of earphones that may be the most significant threat.

Think about how frequently we all listen to music since it became mobile. We listen in the car, in the workplace, at the gym, and at home. We listen while out for a walk and even while going to sleep. We can incorporate music into virtually every aspect of our lives.

That level of exposure—if you’re not careful—can slowly and silently steal your hearing at a very early age, leading to hearing aids down the road.

And since no one’s prepared to abandon music, we have to uncover other ways to safeguard our hearing. Thankfully, there are simple measures we can all adopt.

The following are three important safety guidelines you can make use of to protect your hearing without compromising your music.

Any sound louder than 85 decibels can trigger permanent hearing loss, but you don’t need to buy yourself a sound meter to measure the decibel output of your music.

Instead, a useful general guideline is to keep your music player volume at no more than 60 percent of the max volume. Any higher and you’ll most likely be above the 85-decibel ceiling.

In fact, at their loudest, MP3 players can generate more than 105 decibels. And given that the decibel scale, like the Richter scale, is logarithmic, 105 decibels is approximately 100 times as intense as 85.

Another tip: normal conversation registers at about 60 decibels. Therefore, if when listening to music you have to raise your voice when speaking to someone, that’s a good indication that you should turn down the volume.

Hearing damage is not only a function of volume; it’s also a function of time. The longer you subject your ears to loud sounds, the greater the injury can be.

Which brings us to the next rule of thumb: the 60/60 rule. We previously recommended that you keep your MP3 player volume at 60 percent of its max volume. The other component is making sure that you limit the listening time to under 60 minutes a day at this volume. And bear in mind that lower volumes can handle longer listening times.

Taking routine rest breaks from the sound is also important, as 60 decibels without interruption for two hours can be significantly more damaging than four half-hour intervals distributed throughout the day.

The reason many of us have difficulty keeping our MP3 player volume at less than 60 percent of its max is due to background noise. As environmental noise increases, like in a congested fitness center, we have to compensate by increasing the music volume.

The remedy to this is the use of noise-cancelling headphones. If background noise is mitigated, sound volume can be reduced, and high-fidelity music can be experienced at lower volumes.

Low-quality earbuds, alternatively, have the dual disadvantage of being more closely to your eardrum and being incapable of decreasing background noise. The quality of sound is lower as well, and combined with the distracting environmental sound, increasing the volume is the only way to compensate.

The bottom line: it’s truly worth the money to invest in a pair of high quality headphones, ideally ones that have noise-cancelling capabilities. That way, you can stick to the 60/60 rule without compromising the quality of your music and, more significantly, your hearing down the road.