The Link Between Healthy Hearing and Overall Health 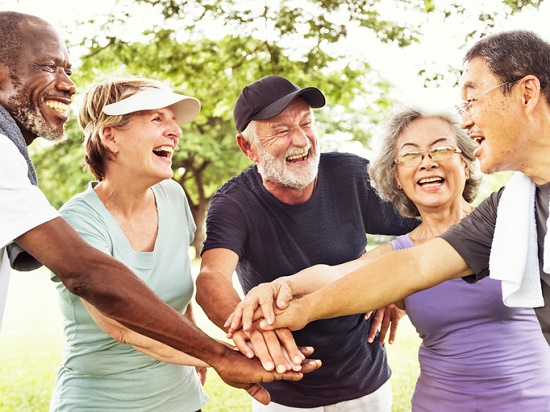 The connections between various aspects of our health are not always obvious.

Consider high blood pressure as one example. You typically cannot detect elevated blood pressure, and you wouldn’t feel any different than if it was normal. Internally, however, higher blood pressure can slowly injure and narrow your arteries.

The consequences of damaged arteries can ultimately result in stroke, cardiovascular disease, or kidney disease, which is one of the reasons we have an yearly physical—to detect the presence of abnormalities before the serious consequences develop.

But what we must realize is that every part of our body and aspect of our physiology is in some way connected to everything else, and that it is our duty to protect and promote all elements of our health.

The consequences of hearing loss to overall health

Similar to our blood pressure, we typically can’t detect small increments of hearing loss as it develops. And we definitely have a harder time imagining the possible connection between hearing loss and, say, dementia years later.

And even though it doesn’t appear as though hearing loss is immediately linked to dangerous physical disorders and cognitive decline, the science is revealing to us the exact opposite. Just as increases in blood pressure can damage arteries and cause circulation problems anywhere in the body, hearing loss can diminish stimulation and cause damage to the brain.

In fact, a 2013 study by Johns Hopkins University found that those with hearing loss acquired a 30-40 percent faster decline in cognitive function compared to individuals with normal hearing. And, the study also found that the rate of cognitive decline was greater as the degree of hearing loss increased.

Experts believe there are three potential explanations for the link between hearing loss and brain decline:

Perhaps it’s a mix of all three, but what’s clear is that hearing loss is directly connected with declining cognitive function. Reduced sound stimulation to the brain changes the way the brain operates, and not for the better.

Additional studies by Johns Hopkins University and other institutions have revealed additional connections between hearing loss and depression, memory issues, a higher risk of falls, and even dementia.

The consequences are all related to brain function and balance, and if researchers are correct, hearing loss could likely lead to additional cognitive problems that haven’t yet been studied.

To return to the first example, having high blood pressure can either be disastrous to your health or it can be dealt with. Diet, exercise, and medication (if necessary) can lower the pressure and maintain the health and integrity of your blood vessels.

Hearing loss can likewise create problems or can be addressed. What researchers have discovered is that hearing aids can mitigate or reverse the effects of cognitive decline by re-stimulating the brain with enhanced sound.

Enhanced hearing has been linked with greater social, mental, and physical health, and the gains in hearing strengthen relationships and enrich conversations.

The bottom line is that we not only have much to lose with untreated hearing loss—we also have a lot to gain by taking the steps to enhance our hearing.